Jeff Olson has built multimillion-dollar sales and marketing organizations, hosted seminars in every major city in the U.S. and has produced over 900 television programs with such personal development legends as Les Brown, Jim Rohn and Brian Tracy. Over the past twenty years, Jeff has helped hundreds of thousands of individuals achieve better levels of financial freedom and personal excellence.

Jeff Olson, the author of The Slight Edge is one of the top network marketing authors and trainers in the industry.  The Slight Edge has been read and enjoyed by thousands of network marketing distributors.
What’s significant about Jeff Olson is the fact that he is not just a personal development guru.  Jeff Olson got his start in the network marketing industry like any other distributor.
However, by applying the principles of The Slight Edge to network marketing, Jeff Olson has built multimillion-dollar sales and marketing organizations.
In a career that spans 20 years in the network marketing industry,  Jeff Olson has shared tips for network marketing success with hundreds of thousands of distributors.
Many of these distributors credit Jeff Olson as one of the primary reasons why they now enjoy financial freedom and success in their network marketing business.
How Jeff Olson Got His Start In Multi Level Marketing
Jeff Olson got his start in multi level marketing by joining a company known as NSA.  Olson and his wife were traveling and ran into an old friend and former co-worker of his wife at the airport.
This former co-worker was very excited about a network marketing opportunity that she got involved in.  She shared a video cassette with Olson and his wife.
Over the next several months, this co-worker called Olson and his wife over 40 times to follow up with them.  The video tape sat on top of Olson’s television, never being watched.
Finally, one day Olson decided to watch the video tape.  When he heard the incomes being made he was shocked.  Here is what he said to himself…
“If those stupid people can make all of that money, I’m going to figure this thing out and I’m going to make more money than them.”
A Network Marketing Dynasty Is Created
Jeff Olson signed up with the former co-worker of his wife and joined NSA.  Over the course of a two year period, Olson built one of the largest organizations in the history of the company.
His organization was so large and so successful that many of the top leaders in that company used to attend Jeff Olson’s events trying to figure out what it was that he was doing.
Jeff Olson eventually left NSA and signed up with an electronics company called Coram.  Once again, he used the concepts of The Slight Edge to build a gigantic organization.
In Coram he literally became the #1 money earner in the company.  He was so successful; he was eventually made the Chief Executive Officer of the company.
Following his success in Coram, he decided to start his own network marketing company called The People’s Network.  The foundation of this company was personal development and the concepts Olson revealed inThe Slight Edge.
Due to the success of TPN or The People’s Network, Jeff Olson was approached by Harland Stonecipher, the founder, Chairman and CEO of Pre-Paid Legal Services.
Jeff Olson and Harland Stonecipher eventually decided to merge their companies together.  Many of the top distributors in Pre-Paid Legal today were originally a part of Olson’s TPN company.
Today, Jeff Olson is continuing to help hundreds of thousands of distributors in the industry through his Slight Edge book and his training products for Pre-Paid Legal distributors.  If you ever have the opportunity to learn from Jeff Olson, you should take advantage of it.
Books by Jeff Olson 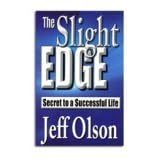 THE SLIGHT EDGE: SECRET TO A SUCCESSFUL LIFE by Jeff Olson(Feb 4, 2005) 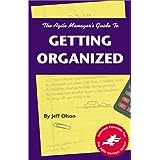 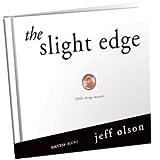 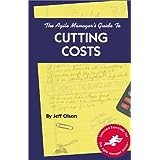 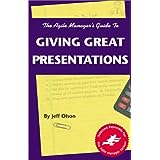