The project at 1640 Broadway – originally proposed by San Francisco developer Joe Hernon as more of a mixed-use development and entitled around the turn of the century – currently seeks to build up to 33 floors with 254 units ranging from studios to three bedrooms, according to a city environmental analysis report in December.“This is a historically unique opportunity where the market forces have aligned to allow significant housing supply in the Oakland market in this market cycle to offset rising rents,” said Todd Vitzthum, Walnut Creek-based executive director for real estate services firm Cushman & Wakefield of California, which brokered the deal that has brought in Lennar.

Vitzthum declined to say how much Lennar paid for the site, currently a parking lot, and did not know how much the company plans to invest in the project in total.

The project has languished in planning limbo for years for various reasons, including the Great Recession, but if Lennar breaks ground on it, construction would last about two years.

Vitzthum noted that Lennar is active in the Bay Area and interested in high-density development. “The project is a good fit,” he said. “Lennar is uniquely qualified to successfully complete this project.”

The project could be either apartments or condominiums. The development is being eyed as a “rental product” right now, Vitzthum said, “but most projects in Oakland will be built with condominium optionality.”

The project would also include about 5,000 square feet of ground-floor commercial space for general retail and/or restaurant uses as well as parking for 232 vehicles and 66 bicycles, the city environmental report said.

The report concludes that the modified project would not pose any significant increased environmental consequences or require further review.

A number of other Oakland high-rise projects are in various stages in the planning pipeline, including a 345-unit development at 1900 Broadway and 206-unit building at 1700 Webster St.

“There’s a lot of interest for developing in downtown and along transit corridors such as BART stations,” Rivera said. “There’s a lot of demand from different demographics that want to live (in and around) downtown Oakland because of the diverse neighborhoods and amenities. It’s opened up doors for developers to invest and build to serve the needs of the next generation of residents and workers who want to live downtown or use mass transportation.” 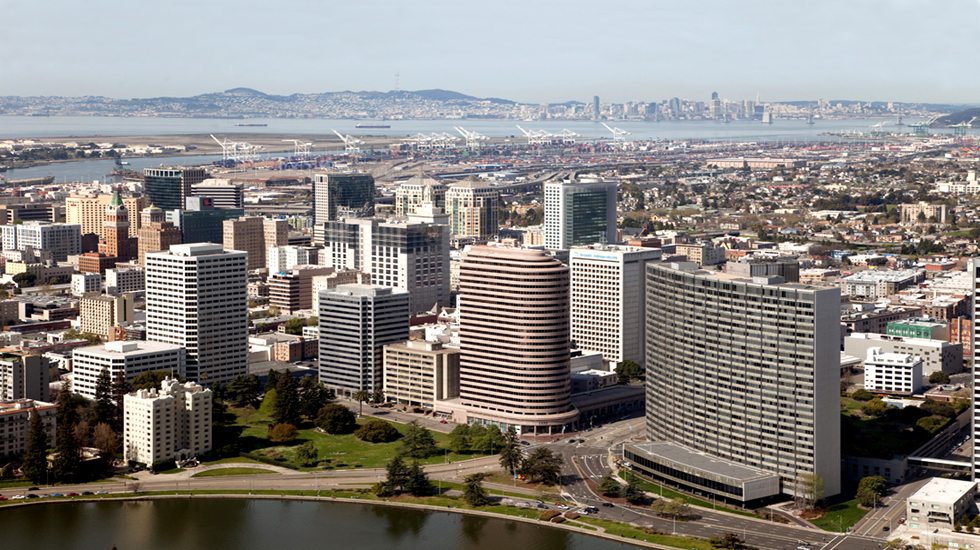