“This is a step in the right direction for the San Jose businesses community and economy,” said Victor Gomez, director of public policy and advocacy for the San Jose Silicon Valley Chamber of Commerce in a statement distributed by the pro-immigration rights nonprofit FWD.us. “Silicon Valley has long looked to immigrant communities for leadership in innovation and to drive economic development.”

FWD.us is a San Francisco-based advocacy nonprofit focused on immigration reform founded by Facebook CEO Mark Zuckerberg and other wealthy Silicon Valley executives. In early December it began releasing a series of videos based on the stories of real undocumented immigrants and projecting what could happen if mass deportation – advocated by some Republicans including presidential candidates – were to be implemented.

Obama’s program, announced through an executive order rather than through Congressional legislation, is called Deferred Action for Parents of Americans and Lawful Permanent Residents (DAPA). It allows about 4 million people to remain in the United States and apply for work permits if they’ve been here at least five years and haven’t committed felonies or repeated misdemeanors.

Lower courts blocked DAPA after Texas and 25 other Republican-led states’ sued to stop it. The Obama administration then appealed to the Supreme Court to have the executive order upheld.

As much as the Bay Area’s pro-immigration supporters like the chamber of commerce were happy to see the Supreme Court quickly take the case – the hearing will probably be in April and a ruling could come in June – opponents were pleased, too.

Texas Attorney General Ken Paxton, who filed the original suit opposing Obama’s executive order, released a statement Tuesday saying, “In deciding to hear this case, the Supreme Court recognizes the importance of the separation of powers. As federal courts have already ruled three times, there are limits to the President’s authority, and those limits enacted by Congress were exceeded when the President unilaterally sought to grant ‘lawful presence’ to more than 4 million unauthorized aliens who are in this country unlawfully.”

Dave Cortese, president of the Santa Clara County Board of Supervisors who has long enjoyed broad support among the county’s immigrant residents (who make up about a third of the county’s 1.8 million population), also released a statement through FWD.us saying, “The Court’s decision today to take up the DACA/DAPA case gives me hope that we’ll soon deliver on our American promise to countless aspiring citizens.”

Congresswoman Barbara Lee, who represents the 13th District in the East Bay, said “I am confident that [the court] will find the President’s action to be constitutional and supported by a solid precedent of executive actions on immigration dating back to President Eisenhower.”

In Santa Clara County, Eliseo Aceves, a DAPA-eligible immigrant who works with the nonprofit Services, Immigrant Rights and Education Network (SIREN), said “… me and my family are relying on DAPA now more than ever. My family and I need relief now so we can work and raise our children without fear.”

Immigration is already a hot issue in the presidential campaign and Democrats have been counting on their support for DAPA and comprehensive reform legislation providing a path to citizenship to give them support among immigrant voters.

A Supreme Court ruling either way likely will heat up that debate. But the Democratic Party, which has been betting on the nation’s demographic evolution to carry them to victory in the fall, has also encountered difficulties on the immigration issue.

They stem from Obama’s recent decision to step up deportation raids targeted mostly at women and children trying to enter the country from Central America, which has riled the same immigration rights advocates who applaud DAPA. 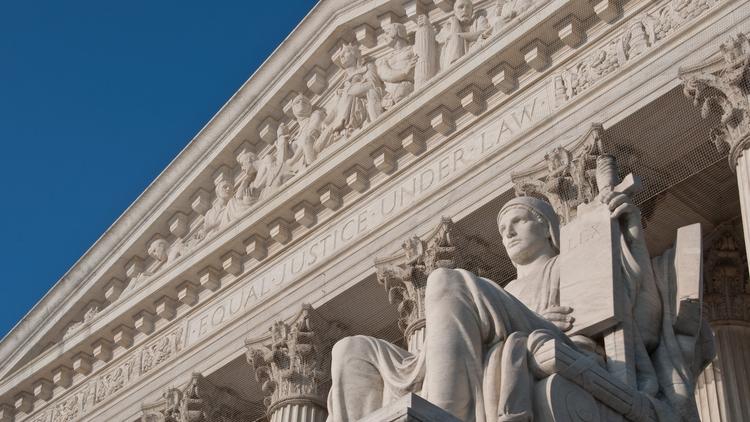