Map: The Oakland Highrise Boom Could Add Over 3,000 Units Downtown

A rush of proposals for new Oakland towers could add over 3,000 new residential units to the city’s downtown, representing one of the largest building booms in the city’s history. The projects would transform lowrise buildings and parking lots into a new glass, steel and concrete skyline.

Approved towers at 1900 Broadway and 2270 Broadway are still seeking investors. Other plans are still being reviewed by the city and are in early stages.

There hasn’t been highrise construction in the city since the Grand at 100 Grand Ave. opened in 2008. Such taller buildings require concrete podiums and are more expensive to build than midrise projects with wood frames, which has deterred development. Proposed impact fees for new housing projects could also complicate the economic dynamics of building towers.

City officials support denser housing downtown, which they say will provide much-needed market-rate housing and millions in fees and property taxes to the city.

Mayor Libby Schaaf wants to see 17,000 units of new housing built in Oakland in the next eight years, she said at the Business Times’ 2016 Mayors’ Economic Forecast on Tuesday. “I like tall buildings, especially near transit,” said Schaaf. “Oakland is ready to densify.” 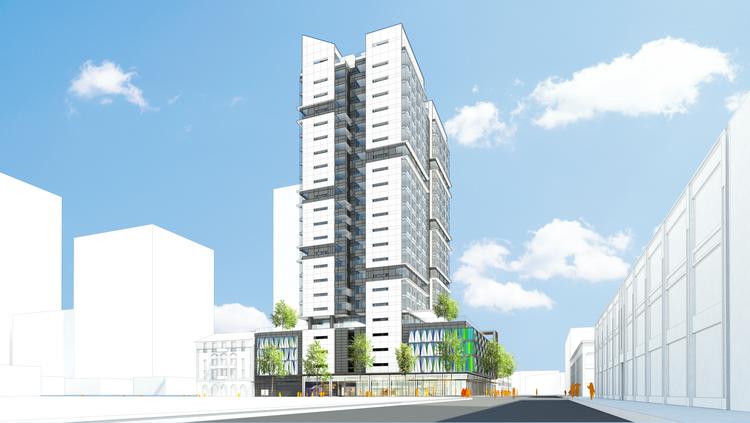 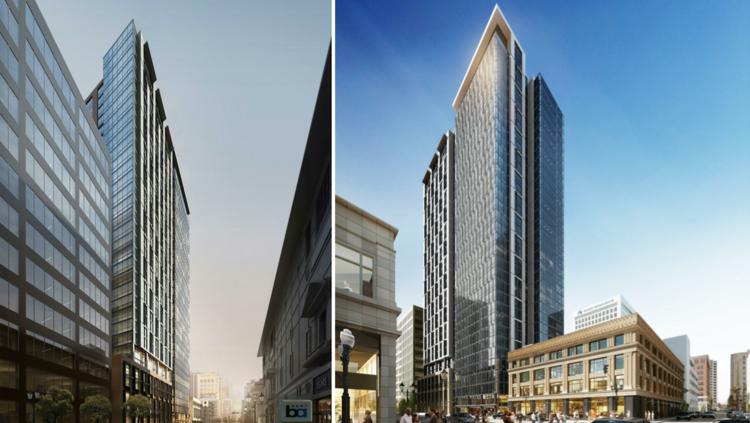