San Francisco’s tallest tower is filling up. Developer Boston Properties and partner Hines have signed leases for a total of 106,371 square feet among five floors in the $1 billion, 61-story tower, which will open next spring and rise to 1,070 feet.

“We have leased five additional floors in the highrise portion of the building,” Boston Properties (NYSE: BXP) said in a statement.

It’s the first leasing activity at the 1.4 million-square-foot, Cesar Pelli-designed tower in nearly two years, since Salesforce.com (NYSE: CRM) made a 714,000-square-foot commitment to the building, the largest lease in San Francisco’s history, in April 2014.

Boston Properties declined to identify the new tenants. “We do not comment on speculation or rumors in the market,” the company said in the statement. CBRE, the building’s leasing agent, also declined to comment.

Three sources familiar with the property said that Bain & Co., the Boston-based management consultant firm, was leasing the 47th, 48th and 49th floors in the tower. The 59th floor is being leased by Vy Capital, a tech-focused venture capital firm co-founded by Alexander Tamas, said the sources. Tamas previously led investments in Airbnb, Facebook Inc.(NASDAQ: FB) and Twitter Inc. (NASDAQ: TWTR), at Blue Sky Ventures before starting Vy Capital in 2013. The location of the fifth floor being leased is unclear.

The leases are a sign of continued confidence in San Francisco’s economy and the tech sector, despite recent stock market turmoil and fears of a downturn. The asking rents at the top of Salesforce Tower likely exceed $100 per square foot including taxes, making the space some of the most expensive offices in the country. In its previous deal, Salesforce leased the less expensive bottom half of the tower and the 61st floor penthouse. Taken together, those leases represent 60 percent of the buidling.

The Business Times first reported last year that Bain & Co. was in talks to lease at the building. Bain & Co. currently occupies four floors at One Embarcadero Center, another tower owned by Boston Properties.

Correction: This story previously incorrectly reported that Bain Capital Ventures was leasing the space, which is a division of the private equity company founded by former Bain & Co. executives. The firms are not affiliated. 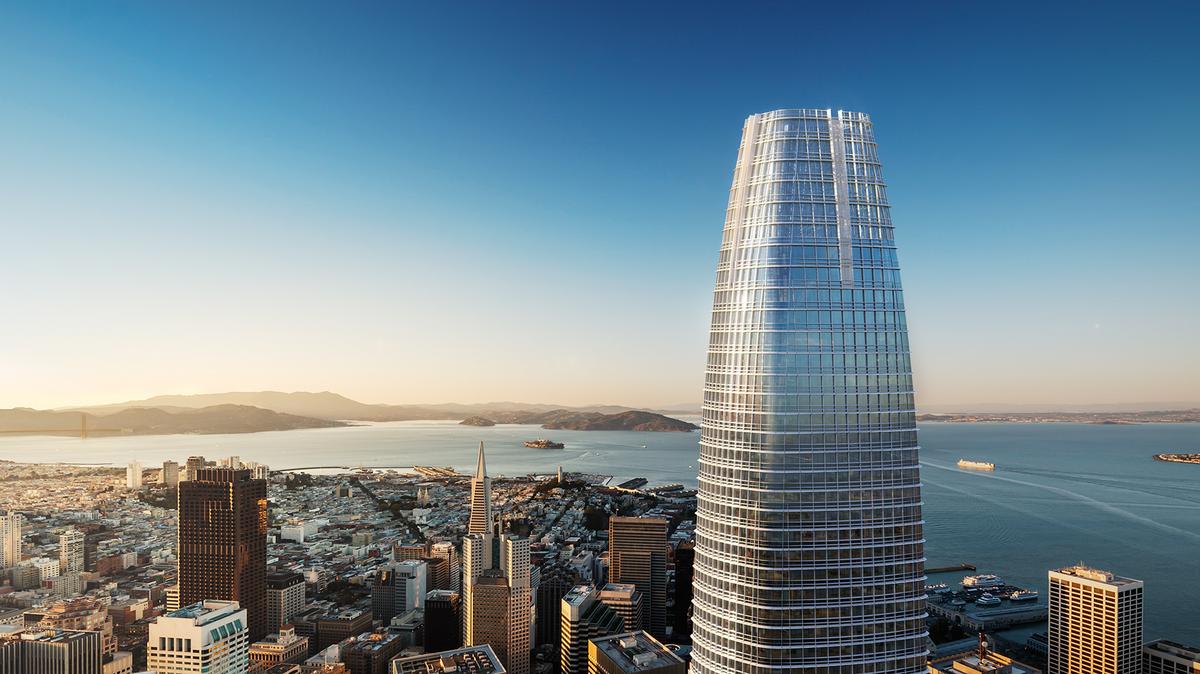