How much does it cost to pave a driveway?

One of the easiest ways to make a driveway is to simply clear the land, compress it with heavy machinery and begin using it to gain access to and from a home or building. Is this the best way to go about creating a driveway? Not really, and this is because seasonal conditions and soil erosion will quickly degrade the path and make it either boggy and muddy or bumpy and full of rocks and impediments. It might also be outside of local building codes and regulations too. This is the reason that most home and property owners will eventually pave their driveway with one of several reliable materials. For the purpose of this discussion we will consider the costs of paving a driveway that is roughly 12’x50′ (or 600 square feet) in size. Before the paving process can begin, however, the space must be suitably prepared for the work. This requires clearing the area of debris, grading the soil in order to receive the paving materials, creating a base, and then adding the pavement. Clearly this means that paving a driveway is not a DIY option.

According to the RSMeans cost calculation software a standard paving project will include costs such as:

Engineering – whenever driveways have any sort of slopes, curves, or angles in them it usually means that costs are going to increase. Generally this is due to the need for engineering to allow runoff to properly drain away from the home and into the street, and it usually also means more labor in preparing the surface. Additionally, sloped and curved drives involve more materials which only increases the total costs too

How much does it cost to pave a driveway in my city?

Cost to pave a driveway varies greatly by region (and even by zipcode). To get free estimates from local contractors, please indicate yours. 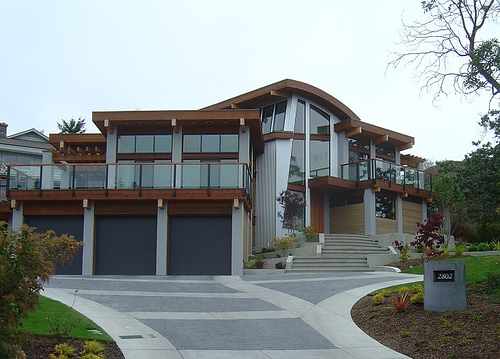