A plan to rebuild Cupertino’s decrepit Vallco Shopping Mall with an “urban village” of homes, retail, offices and parks is a step closer to getting its moment at the ballot box.

Supporters backed by developer Sand Hill Property Co. submitted nearly 3,700 signatures to the city on Wednesday. If enough of them are found to be valid, the initiative to replace the enclosed mall with the Rafael Vinoly-designed project would appear on the November ballot.

“Our community deserves to have a say in the future of Vallco and our city, and the choice facing voters is simple,” said Vicky Tsai, a Cupertino resident, in a statement released by Sand Hill. “It’s a choice between a viable and sustainable revitalization of the dying Vallco mall or keeping the mall in its current condition and on the same path of decline.”

The ballot initiative comes after a citizens’ group launched its own measure that would torpedo the Vallco plans, locking in existing zoning and height limits. The Cupertino Residents for Sensible Zoning initiative submitted its signatures in February, but has recently run into turbulence over the wording of its ballot language. It’s all part of a broader ballot-box fight over land use in Cupertino.

The stakes are momentous for Sand Hill, the Menlo Park-based real estate development firm headed by Peter Pau. The company has spent more than $300 million, with its overseas capital partner, to acquire the real estate at Vallco. Sand Hill succeeded in assembling the site from multiple property owners, something no one else had been able to do despite decades of attempts. But the entitlement process has been even tougher. If voters reject the Hills at Vallco vision (which includes 2 million square feet of office, 800 apartments and more than 600,000 square feet of retail), it would box Sand Hill in to working within the existing footprint and retail-only land-use mix at the mall. But Sand Hill says it needs the office and apartments to make the project work.

At the same time, Sand Hill also submitted what’s called an environmental assessment, which is much of what would would normally appear in a state-mandated environmental impact report.

This is interesting, because ballot-approved projects don’t actually have to do EIRs (indeed, it’s one reason why some observers object to “ballot-box planning”). While the assessment does not include “comment letters” that would be taken under a full EIR (and responses to them), it does document environmental impacts and proposes mitigation measures for them. Sand Hill says that the mitigation measures would render most impacts negligible.

Sand Hill had already started the full EIR process last year when it halted it, following the Sensible Zoning initiative kick-off. It then completed the work as an “environmental assessment.” The move could be helpful politically, since opponents would have likely highlighted the absence of environmental disclosures and clearance in their campaign.

“We feel it is important to be transparent and provide voters with a full Environmental Assessment of the Town Center Initiative so they have confidence to know the revitalization will mitigate potential impacts,” said Reed Moulds, managing director at Sand Hill Property Company, in a statement. “As a community, we need to move beyond the rhetoric and look to the facts.” 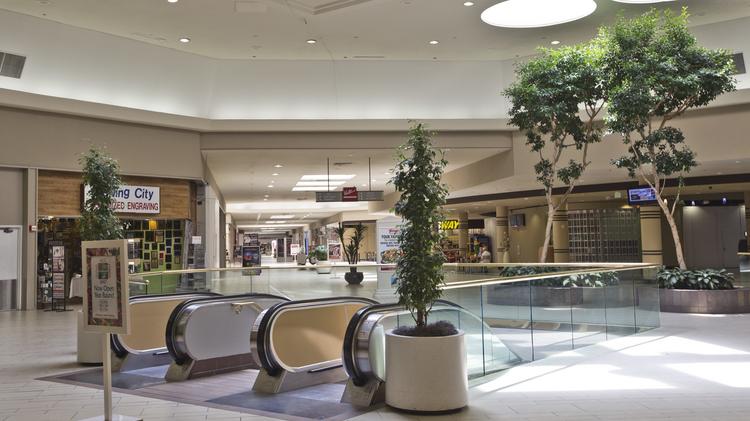