Donahue Schriber has come back for a second helping of retail in the town of Los Gatos.

The Costa Mesa-based shopping center specialist just picked up Village Square, the 46,235-square-foot project at 15466 Los Gatos Boulevard. The buyer paid $30.45 million, or roughly $660 per square foot for the property on 3.77 acres, according to title records filed Monday. The seller was an affiliate of Grosvenor, the storied property investor and developer, which has owned it for about 10 years.

What does that price tag get you? The two-story center’s anchor tenants are Trader Joe’s, Pet Food Express and the California Automobile Association. UPS, State Farm, Baja Fresh and Top This! Pizza are also popular. A new arrival is See’s Candies. And the second story is filled with services and office tenants including an Allstate and a dental office.

This is the second Los Gatos shopping center that Donahue Schriber has picked up in recent years. In November 2013, it paid $32 million, or $440 per square foot, for Downing Center, a 72,000-square-foot Safeway-anchored center at 15551 Union Ave.

Driving the deal: Los Gatos’s high-end clientele that put landlords in the driver’s seat when it comes to rents. Plus, it’s very tough to build new retail projects in town, meaning that property owners don’t face the prospect of much new competition.

Donahue Schriber is a privately held real estate investment trust that invests on behalf of two capital partners — the JP Morgan Strategic Fund and New York State Teachers Retirement System. The partners own more than 70 shopping centers, focusing on coastal California, the state’s Central Valley, as well as Portland and the Seattle region. The company does ground-up development as well as acquisitions.

In a news release, Dave Mossman, Donahue Schriber’s chief investment officer, said, “Los Gatos Village Square was a natural fit for our company and its growth strategy in the Bay Area. The center possesses high barriers-to-entry, stellar demographics, a strong anchor in Trader Joe’s, and excellent historical occupancy. Given the core aspects of this transaction, the seller sought a quick close. Donahue Schriber was prepared to close all cash, but through the council of Craig Zarro at Preferred Capital Advisors, we obtained a very attractive loan from River City Bank, who met our aggressive timelines.”

For its part, Grosvenor remains invested in Los Gatos through its North 40 proposal, which has been in the works for years. The company wants to develop a retail and residential town center on the last large-scale development site in Los Gatos — the so-called “North 40” (which is actually not quite 40 acres). The proposal has brought out a sizable slow-growth contingent, and the town council recently called for more public hearings, even though there have been countless meetings already. 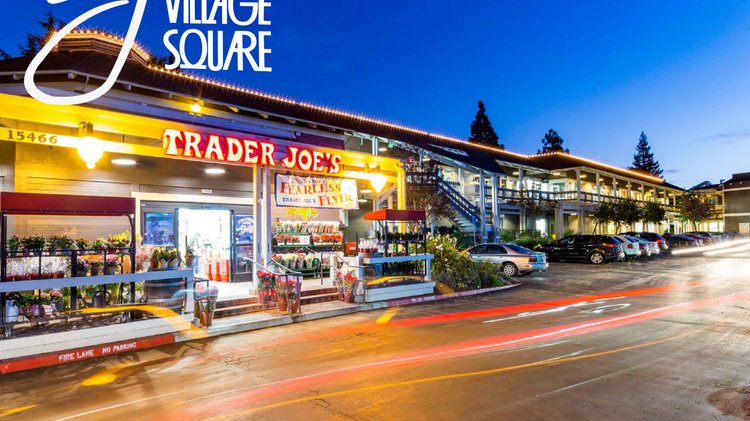