Social news website Reddit has leased about 50,000 square feet at 420 Taylor St. in San Francisco, taking the entire building in the Tenderloin district near Union Square, according to a source familiar with the deal.

Reddit’s move would bring a household tech name to the Tenderloin, which is near Mid-Market, home of Twitter (NYSE: TWTR) and Uber Technologies Inc., but lacks large office buildings to house giant firms.

Moving to 420 Taylor St. could offer a much more affordable option than leasing in more expensive areas such as South of Market and the Financial District, since the gritty Tenderloin neighborhood is known for high crime. A source said that Reddit would be paying below-market-rate rents, which have topped $70 per square in Class A buildings in San Francisco.

Reddit’s presence comes as the Tenderloin is poised to change with recent revitalization efforts that includ e a newly reopened park and incoming market-rate housing, destination restaurants, and nonprofits.

Randy Shaw, executive director of the Tenderloin Housing Clinic, said that the area near the 420 Taylor is undergoing changes, such as the Hotel Mark Twain being renovated and popular New York street vendor Halal Guys opening at 336 O’Farrell St. He also noted how the Hilton Union Square is close to the building, which means the area isn’t as gritty as some other parts of the neighborhood.

Mobile gaming company Chartboost and medical data firm Practice Fusion were previous tenants of the 420 Taylor St. space, according to sources. Practice Fusion moved to 100,000 square feet in Zynga’s headquarters, 650 Townsend St., in 2014. That building is now being marketed for sale.

Irvine-based PRES Cos. is the landlord of 420 Taylor, according to public records. PRES bought the property on behalf of a pension fund in Luxemberg for $28.2 million in 2013, according to The Registry. Brokerage Avison Young represented Reddit in the lease.

Reddit, which declined to comment, was criticized in 2014 when it forced all of its employees to relocate to San Francisco, offering a three-month severance package for those who refused. The San Francisco-based company had considered moving to Daly City’s only Class A office complex in 2014. Reddit’s former CEO, Yishan Wong, was tempted by Daly City’s significantly cheaper rents. When Wong stepped down later that year he cited a dispute with the company’s board over the proposed relocation to Daly City as one of the reasons he resigned.

Reddit has been leasing 10,000 to 20,000 square feet at 101 New Montgomery St. in the South of Market neighborhood since 2015, according to Compstak. It is unclear whether Reddit will continue to stay in this space or completely relocate. It had 70 to 80 employees as of last year, the New York Times reported.

Reddit is partly owned by Advance Publications, which is the parent company of the San Francisco Business Times. 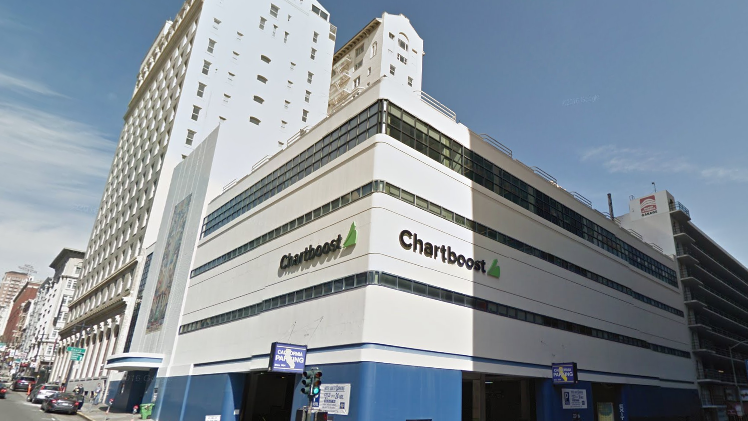