Essex Shifts Strategy in Santa Clara Development to Apartments Only

Palo Alto-based Essex Property Trust has changed the makeup of its Gateway Village development in Santa Clara to be apartments only. Two years ago the company had publicly reported that the property was going to have 420 apartment units and 86,000 square feet of retail. However, the company made a turn in its plans when it publicly reported last week as part of its 2106 first quarter earnings that the property will have 476 units and no commercial space.

A company representative of Essex did not respond to phone calls seeking comment for this story.

The project is located at 3700 El Camino Real. Essex will hold a 100 percent ownership stake in the asset. In the latest earnings report the estimated total cost of the project is $226 million. The cost incurred to date does not include a deduction of $4.7 million for accumulated depreciation recorded when the property was held as a retail operation asset. The existing structure did have a Kohl’s department store and a Taco Bell restaurant.

Essex is a major player in the ownership of apartments in Santa Clara County. According to its Web site, the company owned 35 properties totaling 8,637 units across the county. These include assets in Santa Clara, Sunnyvale, San Jose, Mountain View, Milpitas, Cupertino and Campbell. The overall occupancy of the portfolio is 96.4 percent.

Essex did buy and sell a number of assets in the San Francisco Bay Area during the first quarter. It paid $51.3 million to acquire the 103-unit Mio complex in San Jose, and it sold the 104-unit Harvest Park property in Santa Rosa for $30.5 million. 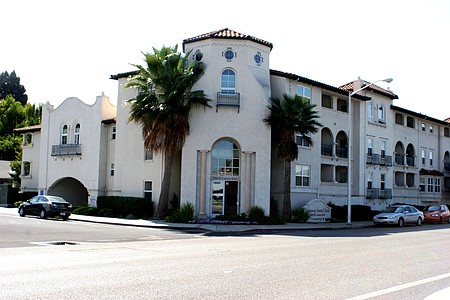