Macy’s plans to sell and close its Men’s Store in San Francisco’s Union Square as part of a broader effort to streamline the retail giant’s brick and mortar presence.

The company announced Thursday it plans to close 100 stores and is in negotiations to sell the 263,640-square-foot San Francisco men’s store “for redevelopment.” Macy’s did not name the prospective buyer as the deal is not final, but market sources said it involves a real estate investor.

“This a colossal building that’s been largely idle in the heart of Union Square,” said Julie Taylor, a retail broker with Colliers International. “This is a move by Macy’s to monetize one of their most valuable assets.”

The store at 120 Stockton St. will likely shut down once a new buyer takes the reins and the men’s offerings move to the flagship Macy’s store at 170 O’Farrell St.

“The Macy’s Men’s Store is a fantastic piece of property,” said Jeff Green of Jeff Green Partners, a retail real estate consulting firm. The store carries merchandise other Macy’s stores do not, but has more space than the retailer needs.

“The fact that more and more shopping is done online has affected the overall size required for Macy’s,” Green said. “Not only are there too many stores in the chain, the stores themselves are too oversized for this changing retail environment.”

The sale could also breathe new life into Union Square by opening up more space for other retailers and giving the building a new look, Taylor said. The new owner could also reposition the upper part of the building for another use such as office or hotel.

“The buyer is likely to be a firm with deep experience entitling properties in San Francisco, because it’s no small task to change the upper floors,” she said.

Many department store chains that own their stores find that properties are often more valuable than the sales they generate, Green said. Sears spun off some of its properties into a separate real estate company.

Another major department store retailer, Saks Fifth Avenue, is also consolidating its San Francisco men’s store at 220 Post St. into the chain’s larger location at 384 Post St. The landlord is a private owner who is also in contract to sell the building, according to a source familiar with the deal.

“The Union Square market is so on fire from an investment demand standpoint,” he said. Lease rates have soared in recent years making investors hungry to buy buildings where tenants are paying lower lease rates.

Some larger retail buildings could attract prices between $1,000 and $2,000 per square foot. That means the Macy’s Men’s Store could trade between $264 million to upwards of $500 million.

As leasing rates climb, many retailers are “rightsizing” their footprints into smaller spaces, Bicardo said. The focus is now on curating inventory and increasing traffic into more concentrated stores.

“It really is just becoming more efficient and just maximizing the sales per square foot,” he said.

Last fall, Macy’s brought on real estate developer Tishman Speyer to look at potential redevelopment of the flagship store. One idea was to put the retail on the lower floors and create office space into the upper floors.

“We operate in a fast-changing world, and our company is moving forward decisively to build further on Macy’s heritage as a preferred shopping destination for fashion, quality, value and convenience,” said Terry Lundgren, Macy’s Inc. chairman and chief executive officer, in a statement. “This involves doing things differently and making tough decisions as we position ourselves to serve customers.”

Macy’s, which raked in sales of $27 billion last year, plans to chop its current store count of 728 by about 14 percent.Since 2010, the company has closed 90 stores and opened 13 new ones. It also operates Bloomingdale’s, Bloomingdale’s Outlet, Macy’s Backstage and Bluemercury. 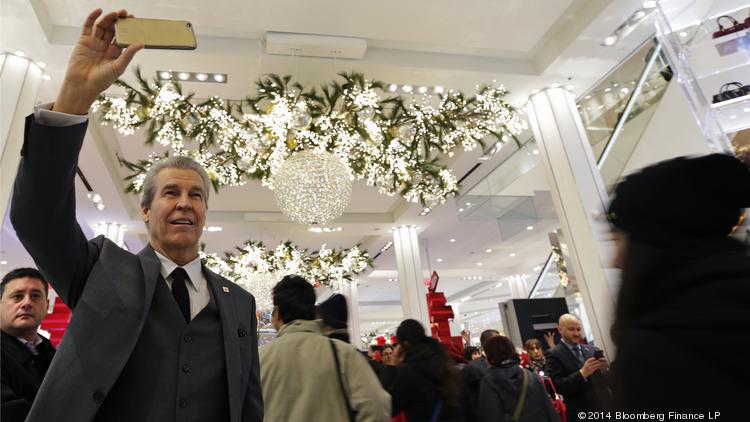