Palo Alto-based Menlo Equities is planning on bringing up for sale the 1.2 million square foot phase two of its office campus project located at 3333 Scott Blvd. in Santa Clara, according to sources aware of these assets. The marketing of this project will be started sometime after Labor Day.

The phase two part of the project involves two separate assets. One of these is a 250,000 square foot six-story building that has a lease with Hewlett-Packard. The 11-year lease with this tenant will start in January of next year. The property also has three 8-story office buildings totaling 940,000 square feet that are fully leased to Palo Alto Networks. The 11-year lease with this tenant will start when the buildings are completed, which is projected to be around June of 2017. The second phase also has a 40,000 square foot wellness center.

Menlo Equites owns these assets in a venture with Boston-based Beacon Capital Partners. The sale of phase two could be for all of the space or could be split into two, with one buyer taking the assets leased to Hewlett-Packard and another firm acquiring the buildings leased to Palo Alto Networks. The listing agent on the sale will be Eastdil Secured. This company will be led by Jeff Weber, senior managing director in the San Francisco office, and Greg Cioth, managing director in the Silicon Valley office.

The projected sales price on the building leased to Hewlett Packard could reach or exceed what the first phase of 3333 Scott Blvd. was sold for at the end of last year, according to sources familiar with the sale. That 450,000 square foot building was traded for $465 per square foot or $299 million and produced a 5.4 percent cap rate. The buyer was New York City-based Clarion Partners on behalf of the Oregon Public Employees Retirement Fund. The pricing on the phase two buildings leased to Palo Alto Networks is unclear.

The expectation is that there could be multiple capital sources used even if all parts of phase two are sold together, as stated by sources tracking this transaction. This could happen if a foreign capital source is part of the transaction and covers 49 percent of the deal. The balance of the capital could come from a domestic pension fund or other large institutional investor based in the United States.

There are a couple of reasons why Menlo Equities is bringing the phase two assets up for sale now, according to industry sources. One is the belief by the current owners that there are no large Class A office campus assets in Silicon Valley on the market for sale at this time. Many of these kinds of assets are held by institutional owners and REITs that prefer to own properties for a long time.

Another factor is that the investment in the project by Beacon Capital was done so through one of its commingled funds. This investment fund is nearing the end of its fund life and so Beacon needs to sell the assets in due time. 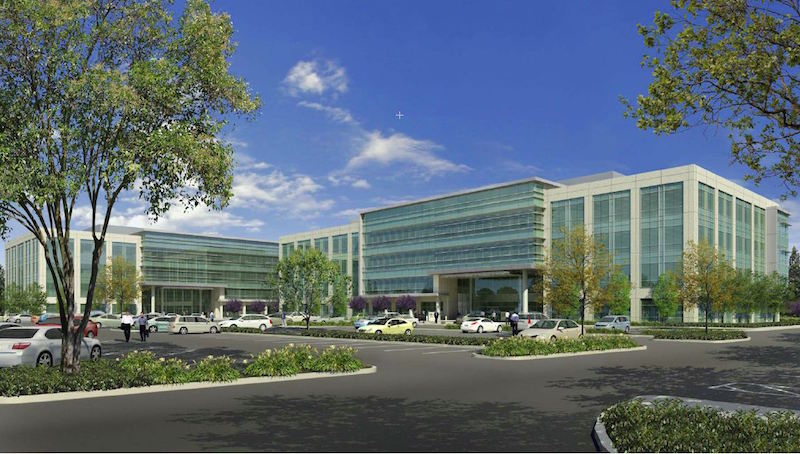