The fate of the controversial North 40 development in Los Gatos remains up in the air.

The town council on Tuesday delayed a decision on the mixed-use project proposed for the town’s last working orchard to seek expert legal opinion on a variety of issues.

But the tense hour and a half that preceded the vote laid bare a stark difference of opinion among the council members and within this upscale town of 30,000. At one point, Council Member Marcia Jensen — the project’s biggest backer — called out residents who oppose the project for “bullying” and disclosed that some developers’ cars had been “broken into and trashed.”

“Bullying is being called a murderer in a town council meeting,” she said. “Bullying is getting an email that says you’re going to be run out of town if you vote a certain way. … I have to be courageous enough to stand up to that.”

The proposal, from Grosvenor Americas, SummerHill Homes and Eden Housing, calls for 320 housing units and 66,000 square feet of retail on a little more than 40 acres of land largely owned by the Yuki family.

The town last year approved a specific plan that allows, in broad strokes, the housing and commercial space. But the actual project ran into fierce resistance once residents saw the specifics on height, design and size earlier this year. Hundreds of letters have been fired off, and hours of public testimony taken, from residents concerned about traffic, school impacts, and the economic impact on downtown Los Gatos.

The decision on whether or not to approve the project is arguably the biggest decision of the council members’ political careers, and they’ve been under intense pressure over the last few weeks as a deadline to vote on the project looms.

The council was expected to make a decision on the project— either to approve, approve with changes, or deny — because it faces a Sept. 7 deadline to do so.

But Jensen’s motion to approve the project didn’t find a second. Neither did Mayor Barbara Spector‘s motion to deny it outright. Council Member Rob Rennie made a compromise motion that would have approved the project with some slight aesthetic tweaks. It didn’t pass.

The council appeared to be gridlocked 2-2, with Jensen and Rennie in favor of approving some version of the project, and Mayor Spector and Vice Mayor Marico Sayoc opposed.

With a stalemate, Council Member Steve Leonardis said he wasn’t prepared to vote either way. Instead, he said he wanted “more information” on several issues, including legal opinions having to do with state “density bonus” laws on housing and whether existing housing units on-site — which would be demolished — need to be re-incorporated into the project as like-kind units.

Jensen made a motion for city staff to get answers to the questions and it passed 4-1, with Mayor Spector opposed. The council will take up the issue again at a meeting on Sept. 1.

The issue is particularly fraught because if the council denies the application, the town will undoubtedly face a lawsuit from the developers. 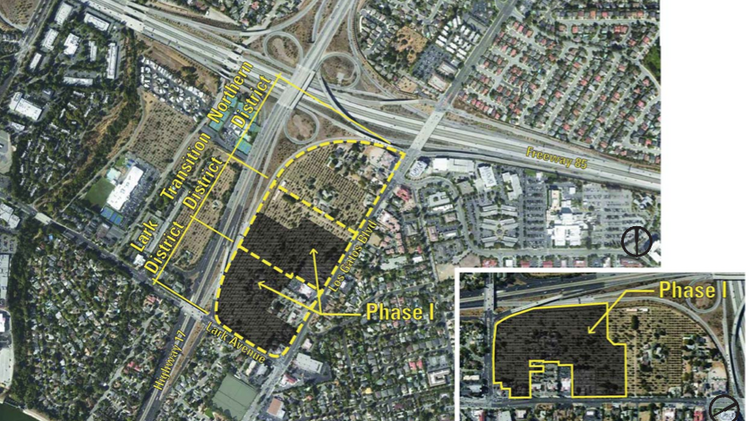