Los Angeles-based CityView has raised $150 million of equity capital for a new investment fund that will look to invest in apartment projects that are located in the West and Southwest markets.  Two of its targeted markets are the San Francisco Bay Area and Seattle. Other areas being considered are Los Angeles County, San Diego County, Denver, Boulder, Dallas and Fort Worth.

“We think that all of these markets are out of balance as far as demand versus supply. These areas have built in supply constraints. In some cases, this involves politics, land issues and the costs making development prohibitive,” says Tony Cardoza, a senior vice president and managing director with CityView.

The new investment fund is called CityView Western Fund I. He declined to name any of the investors in the new commingled fund. This is different from the CityView Multifamily Fund III that the manager formed in June with the Los Angeles County Employees Retirement Association (LACERA). All of the $150 million of capital for this fund came from the pension fund.

Western Fund I is getting close to making its first investment. This will involve a 97-unit complex in Culver City in Southern California. “Our expectation is that we will have a total of four to six assets in the fund when all of our capital has been invested,” said Cardoza.

Western Fund I has a four-year investment period that starts now and a 10-year total fund life. The commingled fund has a total capitalization of $400 million. This will be achieved by have a 2/1 debt to equity ratio. Most of the assets that the fund will end up owning will be held for a four-to-six-year period. Many of the assets will be located close to major transportation hubs. 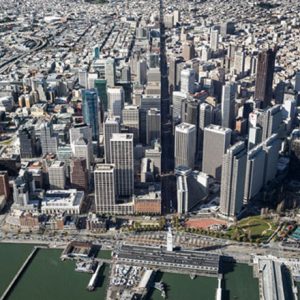