The Cupertino City Council has denied a proposal by KT Urban to turn The Oaks Shopping Center, a 40-year-old, eight-acre retail center on Stevens Creek Boulevard, into a retail and residential development that includ es affordable housing.

The denial vote was consistent with a straw vote conducted on August 1, following a city hearing where KT Urban had asked for approval to move forward with one of its two plans proposed to revitalize the shopping complex, which KT Urban has owned since 2015.

The developer’s initial proposal from 2016 to revamp the center was also denied by the council, which had highlighted potential traffic issues and concerns about the project’s height and density.

KT Urban could incorporate minor changes and resubmit its proposals within 30 days, or wait until next year’s submission cycle to submit a revamped development plan. The development site is proposed for 21267 Stevens Creek Boulevard and Highway 85, across the street from De Anza College.

Both proposals includ ed commercial space of approximately 69,500 square feet, a community center of 4,000 square feet, open space, a transit center, underground parking and offsite improvements. In addition, both alternatives includ ed a request for a density bonus for the provision of affordable housing.

Following the decision on August 15th, KT Urban’s Principal Mark Tersini offered the following statement, “We continue to be disappointed and perplexed by the City Council’s apparent disinterest in moving forward to create a vibrant Western Gateway to the City—one that will help ensure future prosperity and the highest quality of life for the people of Cupertino.”

Outlining the company’s plans to the city in May, Tersini wrote: “Given the proliferation and impact of online shopping and the corresponding shift in retail shopping behavior, the Oaks Shopping Center has become functionally obsolete, suffering from an outdated aesthetic appearance and suboptimal site configuration that has resulted in a lack of market interest and demand. We believe that the City and its residents can agree that in its present state, The Oaks is certainly not serving the best interests of the community.”

KT Urban is known for the development of the Axis condo tower and One South Market apartment high-rise in downtown San Jose. 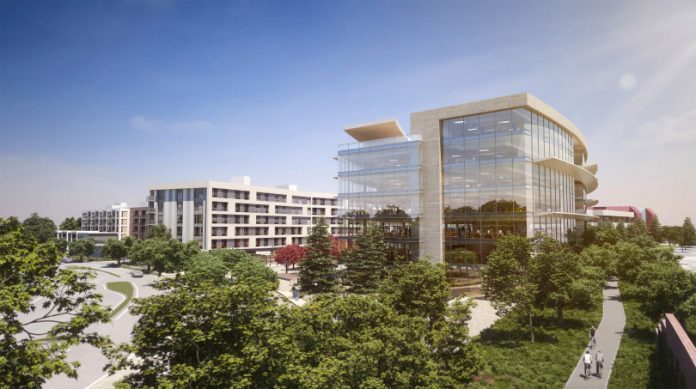