Dostart Development is hiking asking rents at its new downtown Redwood City office building by nearly 15 percent even though 601 Marshall St. won’t break ground until May and has not yet signed a single tenant.

The office developers now list space in the eight-story neoclassical-style building at $78 a foot plus expenses, and are turning down lease offers from companies without the credit or financial success they seek. They believe the Redwood City development is a once-in-a-lifetime opportunity.

“We were asking (less), and we thought, ‘This is the nicest building in downtown,’” Steve Dostart said of the 133,000-square-foot building that he and partner Mollie Ricker have been approved to build in the heart of the old city.

About 300,000 square feet of the total office space are complete or under construction, with the remaining projects, including 601 Marshall, in planning or seeking building permits. The Dostart building is likely the next office to break ground; the Palo Alto-based developers expect to complete the land purchase March 24 and to finalize debt and equity financing in the next several weeks.

The Dostart team says their project is a lifetime play: “We are really trying to put together a tenant mix that will stay in the building for a very long time. This is a building that Steve and I want to own forever,” Ricker said.

“We are playing a little hard to get,” Dostart added.

The biggest corporate names in American technology have sought to locate in downtown Redwood City in recent years, said Ben Paul, an executive managing director with brokerage Cushman & Wakefield who has worked the Peninsula office market for two decades and is Dostart’s leasing agent.

But with only 13 million square feet of office and research and development buildings in the entire city and the addition of only one substantial new office project in the last 15 years, the behemoths have been forced elsewhere. Without “a path to a million square feet,” Paul said, such companies simply won’t consider a location. Even startup Box Inc. (NYSE: BOX) barely squeezed into the 334,000-square-foot Crossing/900 office campus that Kilroy Realty Corp. and Silicon Valley developer Hunter/Storm are completing now in downtown Redwood City, he said.

The boom in the office market that has attracted tech names is also driving up residential rents, despite nearly 2,000 units being built and planned downtown.

The new Indigo Apartment Homes next door to 601 Marshall are seeking $8,400 a month for a two-bedroom penthouse that includ es “a bathroom mirror with HDTV.” Occupancy is available in June. Meantime, at the nearby Marston apartments, developer Lennar Multifamily Communities (NYSE: LEN) is asking $4,000 a month for a top-floor one-bedroom with 1,000 square feet.

Such price points, for both offices and housing, are more in line with the historic prices for San Francisco and Palo Alto digs than those in Redwood City.

Demand to be downtown has grown so much that office asking rents there are now double the asking rates in the city’s Redwood Shores and Pacific Shores office markets on the east side of U.S. Highway 101, Paul said. Downtown Redwood City is west of the 101 Highway.

Some office and mixed-use developers — including San Francisco’s Jay Paul Co. and The Sobrato Organization in Silicon Valley — are proposing massive new developments outside the downtown core. Jay Paul seeks approval for 1.3 million square feet of offices and Sobrato wants to build 420,000 square feet of offices and 400 multi-family homes. Stanford University also has a development agreement with the city for a 1.5 million square-foot office, R&D and medical-clinic campus in the city’s south, of which about 500,000 square feet are built. 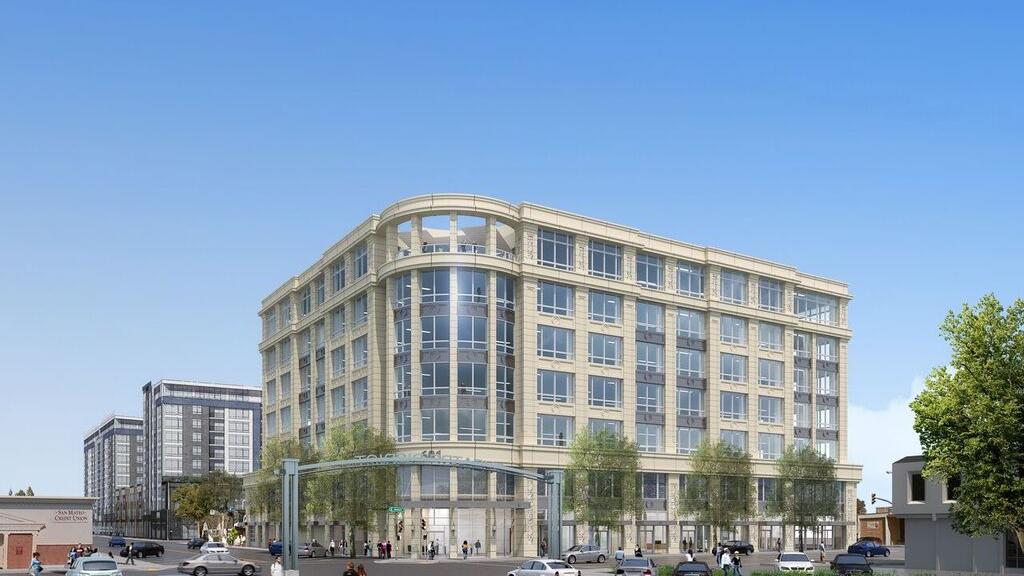