Having hit a seasonal peak in June, as expected, the number of single-family homes and condos listed for sale in San Francisco has jumped an above-average 67 percent since the end of August and totaled 801 at the beginning of this week.

At a more granular level, the number of single-family homes currently listed for sale in the city (266) remains 25 percent lower than at the same time last year while the number of listed condominiums (535) is running 5 percent higher, a total which doesn’t includ e the vast majority of new construction condos for sale across the city, the inventory of which currently totals roughly 800 as well.

And in terms of activity and pending sales, the number of homes currently under contract, a total which isn’t includ e in the active inventory numbers above, is hovering around 360 which is the fewest since February this year.

Expect inventory levels in San Francisco to continue to climb into November before tailing off through the end of the year. 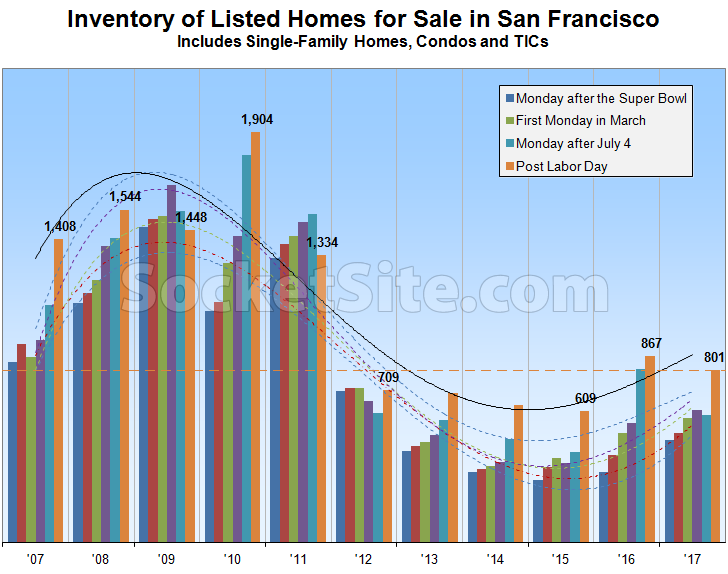