Cupertino, CA – Sand Hill Property Company (“Sand Hill”), a leading Silicon Valley-based real estate development company, submitted yesterday a letter to the City of Cupertino asking to restart the community planning process on the future of Vallco Mall. The letter seeks to initiate a process of developing a Specific Plan that e v a luates the Hills program and at the same time studies alternative programs that reduce the office use that is currently allowed by the General Plan while increasing housing, including affordable housing. The letter also asks the City to suspend any further design review of the Hills at Vallco project application while a Specific Plan is being developed.

“We have learned from last year’s ballot measures and from our interactions with the community that Cupertino residents agree on two important things. First, that we need to do something about Vallco and, second, that the future of Vallco should be determined not at the ballot-box but through a regular community planning process undertaken by the City,” said Reed Moulds, Managing Director of Sand Hill.

In the letter, Sand Hill also requested the resumption of the CEQA process and a comprehensive environmental review of each of the different land use programs. With the added focus on housing, Sand Hill believes environmentally superior alternatives become available that would have a positive effect on affordability, traffic, the environment and the overall quality of life in Cupertino.

“A housing-oriented approach could be the right solution to important issues of concern in Cupertino: traffic and the environment. Apple Park is opening at a time when there are limited housing options in Cupertino for people who drive long distances to work here; it’s only logical to consider taking commuting cars off local roads by increasing the supply of housing within walking distance of major employment centers,” said Moulds.

Sand Hill cited the recently completed Speaker Series sponsored by the City to inform residents about development-related issues of interest as part of the company’s rationale for re-engaging on Vallco. The series featured panels of industry experts speaking on topics such as regional demographic trends and population growth, the retail market, housing, and transportation. The panelists concluded that the Vallco Mall cannot survive in its current form, and Cupertino is at the center of a region-wide housing crisis that can only be alleviated by immediate action by cities and developers alike. In addition, the transportation panel confirmed that locating housing next to job centers not only mitigates but reduces traffic and that smart, well-located development, particularly at Vallco, can serve as a magnet for regional transit funds.

“Given the lessons of the election and the Speaker Series, and in light of the worsening condition of the nearly vacant mall and the deepening housing crisis, this is the right time and manner – for Sand Hill, for the City of Cupertino, and for the community – to resume the Vallco planning process.” 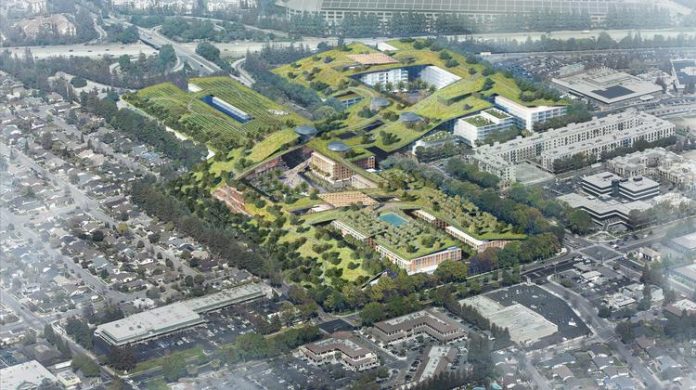