Move over Class A, your less-expensive counterparts are poised to be the darlings of investors for the remainder of the year and well into next.

Domestic and global investment in multifamily housing is on the rise throughout the United States—especially for Class B and C properties. Several contributing factors have fostered this development, including an oversupply of Class A communities in combination with a drop in demand, the rising cost of homeownership, and millennials entering the market by the millions. In the midst of this trend, foreign investors have begun to take notice and make their own plays on U.S. multifamily real estate.

The end result: Unless we see a drastic shift in the economic climate, Class B and C multifamily housing will have the greatest potential for high returns in 2017 and well into 2018.

Class A Losing Profitability as B/C Market Heats Up

Multifamily properties within different asset classes have distinctive drivers of profitability. During times of economic uncertainty or economic downturn, Class B and C properties have an edge over their Class A counterparts. This is because older properties have proven themselves to be more or less recession-proof, whereas newer properties can easily become a liability under the same economic conditions.

While Class A apartments may be located in luxury-grade buildings and can therefore command much higher rents, the properties’ NOIs will remain low if vacancies are high. Under these conditions, even if properties charge high rental rates, the reduced number of tenants results in the properties performing at suboptimal levels. This, combined with current market values—sure to be much higher than those of Class B and C properties—results in low cap rates, meaning less money in investors’ pockets.

As renters are priced out of Class A apartments in a down or volatile economy, vacancies will inevitably increase. And that’s exactly what’s happening today. The national vacancy rate (which takes into account all classes of apartments) rose by 10 basis points in the first quarter of 2017, to 4.3%. Conversely, affordable multifamily housing vacancies clocked in at a low 1.7%.

Class A properties also are costly to build and often come with a high property-tax price tag, making the up-front investment for these properties quite significant. Even so, Class A apartment construction is at the peak of a seven-year high, according to The Wall Street Journal. This has led to a sudden oversupply of luxury apartments, which in turn has made Class A properties less profitable across the board.

Meanwhile, Class B and C properties are attracting a wide demographic, from working-class individuals to millennials entering the market to downsizing baby boomers. These properties are typically 15 to 25 years old and are located in desirable buildings in well-established middle-income neighborhoods. They tend to offer residents the most bang for their buck, attracting renters in a down economy.

Class B and C properties also allow real estate investors opportunities to enjoy a significant lift in NOI by making small property improvements. Examples of these value-adds includ e putting in communal clubhouses, adding dog parks, and offering community events. These upgrades to B and C apartments can be relatively inexpensive to implement yet can generate higher rents, leading to rapid ROI growth.

Homeownership is becoming less of the norm and more of a luxury. Prices reached a 31-month high in January 2017, resale inventory is low, and new homes in affordable cost brackets are in shorter supply. As a result (and in addition to well-known contributing economic factors such as high student loan debt and stagnant wages), more and more millennials are holding off on buying houses and turning to apartments.

Additionally, many millennials prefer to pay for experiences over buying homes and consumer goods. More than three in four millennials (78%) report choosing to spend money on desirable experiences (such as travel and events) over other purchases, according to event technology platform Eventbrite. This live–work–play mentality further contributes to the millennial generation being a significant driver of apartment demand.

The number of millennials who will reach the prime renting ages of 20 to 34 will increase by 2 million in 2017 and surpass 70 million within the next seven years, according to Yardi Matrix, making this the target demographic for multifamily real estate properties.

More foreign investors are seeing this potential in the U.S. multifamily housing market. According to an analysis by Real Capital Analytics, as reported in National Real Estate Investor, foreign buyers poured a record $91 billion into U.S. commercial assets in 2015, $19.6 billion of which was invested in apartment communities. And through June 2016, foreign buyers invested a record $5.1 billion in apartment communities. To put that number into perspective, over the course of the previous decade, foreign investors averaged a mere $5.4 billion in multifamily product annually.

We’re seeing much of this money coming out of China, as well as Canada and Mexico. Additionally, in the commercial real estate industry, we’ve begun seeing an influx of investors from the Middle East and South Africa, many of whom are pouring money into multifamily properties. The reality is that the combination of a pro-deregulation president and potentially unstable economies abroad is making the current U.S. market especially attractive to investors from overseas, therefore drumming up foreign investment in the U.S. real estate market.

All factors point toward Class B and C housing becoming the darling of the U.S. real estate investment sphere in 2017 and through 2018. Key market indicators such as the increased need for affordable housing by millennials and an increase in foreign investment in multifamily housing underscore the veracity of this prediction.

These properties offer the opportunity for continued growth, regardless of the state of the volatile economy, as well as the potential to invest in small one-time improvements that deliver big-time payoffs.

Under the current market conditions and economic climate, it’s time to admit that Class A properties have been bumped to the B-list, replaced by their more practical—and, now, more popular—B and C counterparts. 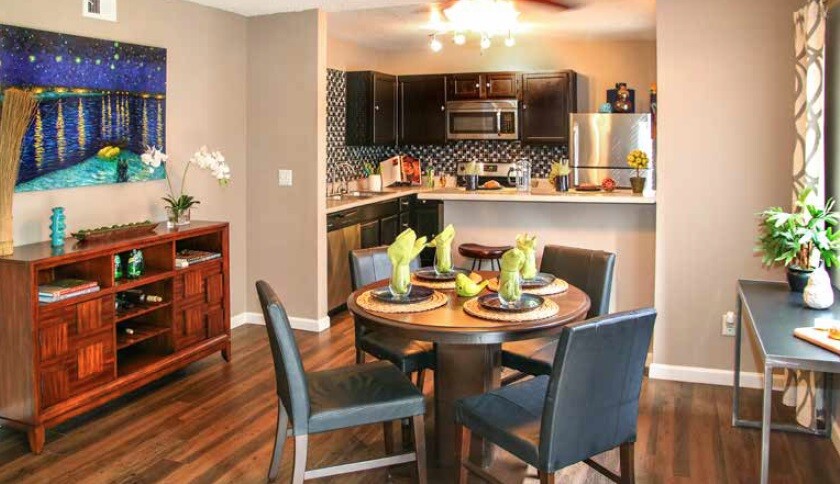