What makes it so great?
At this movie studio, fresh-juice trucks visit the campus to distribute free smoothies, and employees are given stipends to personalize workstations. After wrapping Madagascar 3 last year, the crew held a Banana Splats party, where artists got to show the outtakes.

DreamWorks Animation SKG, Inc. (DWA) is an American animation studio based in Glendale, California that creates animated feature films, television programs, and online virtual worlds. They have released a total of twenty-seven feature films, including the franchises of Shrek, Madagascar, Kung Fu Panda, Monsters vs. Aliens and How to Train Your Dragon. As of June 2013, its feature films have made $11 billion worldwide,[6] with its $430 million average gross surpassing all other studios besides Pixar($595 million).[7] Three of DreamWorks Animation’s films—Shrek 2, Shrek the Third, and Shrek Forever After—are among the 50 highest-grossing films of all time, and fifteen of the films are among the 50 highest-grossing animated films, with Shrek 2 being the fourth all-time highest. Even though the studio also made traditionally-animated films earlier, all of their films now utilise computer-animation. The studio has so far received two Academy Awards along with numerous Annie & Emmy Awards; as well as multiple Golden Globe & BAFTA nominations.

The new studio has attracted many artists from Spielberg’s animation studio Amblimation. They first joined in 1995, when the last feature was completed,[8] and the rest came in 1997, when the studio had shut down. 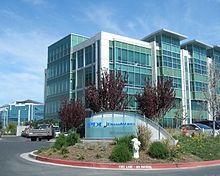 In 1995, DreamWorks signed a co-production deal with Pacific Data Images to form subsidiary PDI, LLC (PDI owned 60% of PDI, LLC, while DreamWorks SKG owned 40%). The new unit would produce computer-generated feature films beginning with Antz in 1998. In the same year DreamWorks SKG produced The Prince of Egypt, which used both CG technology and traditional animation techniques.

In 1997, DreamWorks partnered with Aardman Animations, a British stop-motion animation studio, to co-produce and distribute Chicken Run, a stop-motion film already in pre-production.[9] Two years later they extended the deal for an additional four films. With Aardman doing stop-motion, they covered all three major styles, beside traditional and computer animation.[10] This partnership had DreamWorks participating in the production of stop-motion films in Bristol, and also had Aardman participating in some of the CGI films made in the US.

In 2000, DreamWorks SKG created a new business division, DreamWorks Animation, that would regularly produce both types of animated feature films. The same year DW acquired majority interest (90%) in PDI, reforming it into PDI/DreamWorks, the Northern California branch of its new business division.[11] Next year, Shrek was released and went on to win the first Academy Award for Best Animated Feature Film. Due to the success of CGI animated films, DWA decided the same year to exit hand-drawn animation business after the next two of total four hand-drawn films. Beginning with Shrek 2, all released films, other than some co-produced with Aardman, are expected to be produced in CGI.[12] Release of Shrek 2 and Shark Tale also made DWA the first studio to produce two CG animated features in a single year.[13]

The animation division was spun-off on October 27, 2004 into publicly traded company named DreamWorks Animation SKG, Inc. and headed by Katzenberg. DWA also inherited interests in PDI/DreamWorks. They made an agreement with their former parent to distribute all of their films until they deliver 12 new films, or December 12, 2010, whatever comes last.[13]

On January 31, 2006, DWA entered into a distribution agreement with Paramount Pictures, which acquired DWA’s former parent and distribution partner, DreamWorks SKG. The agreement granted Paramount the worldwide rights to distribute all animated films, including previously released until the delivery of 13 new animated feature films or December 31, 2012, whatever comes last.[14]

Delivering three out five films, the partnership with Aardman ended after the release of Flushed Away in November 2006. The announcement was made before the film’s release, on October 3, citing “creative differences” as the reason.[15] DWA retained the co-ownership of rights to all films co-produced with Aardman, with an exception for Wallace & Gromit: The Curse of the Were-Rabbit, for which they only kept rights for worldwide distribution.[12]

On March 13, 2007, DreamWorks Animation announced it would release all of its films, beginning with Monsters vs. Aliens (2009), in stereoscopic 3D.[16] Together with Intel they co-developed a new 3-D film-making technology InTru3D.[17]

In 2008, DWA extended its production into India, where they established a special unit within Technicolor, named DreamWorks Dedicated Unit. DDU at first worked only on TV specials, such as Merry Madagascar, and Scared Shrekless, and DVD projects.[18] With animating part of Puss in Boots (2011), they also started contributing to the feature films.[19]

With 2010, the studio had planned to release five feature films over the course of every two years,[25] but the next year the studio revisited their plans, “But beyond 2012, Katzenberg said the studio will play it by ear, even if that means abandoning his proclamation that DWA would try to release three pictures in a single year, every other year.”[26] In 2010, DWA became the first studio that released three CG-animated films in a year.[citation needed] The company purchased the film rights to Trolls franchise in 2010.[27]

In 2012, DreamWorks Animation formed a joint venture with Chinese investment companies to establish a Shanghai based entertainment company, named Oriental DreamWorks, to develop and produce original Chinese films and their derivatives.[28] Its first film, Kung Fu Panda 3, co-produced with DWA, is scheduled for release in late 2015,[29] and the studio’s first original animated film will follow in 2017.[30][31] A live action film adaptation of Chinese book series, Tibet Code, is expected to be released in 2015.[32] Part of the deal with the Chinese partners is also an entertainment and culture complex called Dream Center. Built in Shanghai with an investment exceeding $2.7 billion,[33] it will feature series of theatres, cinemas, shopping areas, galleries, hotels, restaurants, and the world largest IMAX screen, and is expected to open in 2016.[30]

On April 11, 2013, DreamWorks Animation announced that it has acquired the intellectual property for the Trolls franchise from the Dam Family and Dam Things. DreamWorks Animation, which has “big plans for the franchise,” has become the exclusive worldwide licensor of the merchandise rights, except for Scandinavia, where Dam Things remains the licensor.[27] On May 1, Katzenberg and DWA announced their intent to purchase YouTube channel AwesomenessTV, expected to be finalized later in the month.[38]

On June 17, 2013, DWA announced a multi-year content deal to provide 300 hours of exclusive original content to the video on demand Internet streaming media provider, Netflix.[39]Part of the intent of the deal was in part to establish a more reliable income for DWA to defray the financial risk of solely relying on the theatrical film market.[40] DWA on June 18 completed a five year licensing agreement with Super RTL that starts in September for the Classic Media library and the Netflix slate.[41] With the Netflix and Super RTL deals in place for TV, DWA announced executive hiring for its new television group, DreamWorks Animation Television in late July.[42]

On September 17, 2013, DreamWorks Animation has announced that it has acquired the TV library of London-based Chapman Entertainment. Which includes Fifi and the Flowertots, Roary the Racing Car, Raa Raa the Noisy Lion and Little Charley Bear. The Chapman programs will now be distributed through DreamWorks Animation’s UK-based TV distribution operation.[43]

DreamWorks Animation has an on-going partnership with HP, and the studio exclusively uses HP workstations and servers. In 2005, DWA partnered with HP to introduce HP Halo Telepresence Solutions, technologies that allow people in different locations to communicate in a face-to-face environment in real time.[44]

In 2005, AMD signed a 3-year deal to provide processors to the studio. This relationship ended in 2008, and DreamWorks announced that they will use Intel processors for future productions.[45]

The following executives are on the DreamWorks Animation SKG, Inc.’s board of directors:[48][49]

Edwin R. Leonard, CTO of DreamWorks Animation, won a special achievement award at the 2008 Annies for driving their innovative work with Open Source Software and Linux.[54]