What makes it so great?
Lee McIntire, CEO of the civil engineering and construction firm, not only tweets but also posts his own personal development plan on the company’s intranet.

CH2M HILL is an American-based global full-service provider of consulting, design, construction, and operations services for corporations, and federal, state, and local governments. The firm is headquartered in Meridian, an unincorporated area of Douglas County, Colorado in the Denver-Aurora Metropolitan Area. The postal designation of nearby Englewood is commonly listed as the company’s location in corporate filings and local news accounts. As of December 2011 CH2M HILL had approximately 30,000 employees due to the November 2011 acquisition of Halcrow Group, Ltd., and 2011 revenues totaled $5.56 billion.[2] The firm isemployee-owned,[1] with an internal stock market that operates buy/sell events quarterly.

CH2M HILL was founded in 1946 in Corvallis, Oregon by Oregon State University civil engineering professor Fred Merryfield and three of his students: Holly Cornell, Jim Howland and T. Burke Hayes (the firm was named after the founders, with Howland and Hayes making up the H2 portion).[3] Cornell, Howland, and Hayes were all graduates of Oregon State University.[4] The HILL name was added after a 1971 merger with Clair A. Hill and Associates of Redding, California.[5] The firm remained headquartered in Oregon until 1980, when a decision was made to relocate to Colorado, a more central location in the United States.

Other key acquisitions include Black, Crow & Eidsness (a southeast U.S. engineering firm) in 1977,[6] Gore & Storrie (a Canadian water and wastewater engineering firm) in 1995,[7] Gee & Jensen (a Florida-based Ports and Harbor firm) in 2002,[8]DeMil International (a U.S.-based weapons destruction firm) in 2002,[9] EHS Consultants Ltd (a Hong Kong-based consulting firm),[10] Lockwood Greene, the oldest continuously operating professional services firm in the United States in 2003,[11] and BBS Corporation (an Ohio-based environmental engineering firm) in 2005.[12] On September 7, 2007, CH2M HILL finalized the purchase of most of the components of VECO, an Alaska-based firm specializing in services to the oil, gas, and energy sector that had become embroiled in theAlaska political corruption probe.[13] In December 2007, CH2M Hill acquired Trigon EPC.[14] In March 2008, CH2M HILL acquired Texas-based Goldston Engineering, a company specializing in marine and coastal transportation engineering services.[15] In July 2011, CH2M Hill finalized the acquisition of Booz Allen Hamilton’s State & Local Government Transportation Consulting (S&L Transportation) business. In September 2011, CH2M Hill announced that it intended to acquire the share capital of Halcrow Group Limited, a UK-based engineering consultancy that operates worldwide.[16] The acquisition for £124m was completed on November 10, 2011.[17] 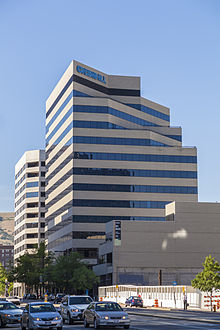 CH2M HIll developed, maintains and publishes its own method for managing projects for clients, called the CH2M HILL Project Delivery System, which may be found at popular internet book retailers.[19] As a firm specializing in project management, CH2M HILL has been associated in several large, complex projects around the world. In 2005, a CH2M HILL joint-venture known as Kaiser-HILL decommissioned and closed a former nuclear weapons facility at the Rocky Flats site in Colorado (former Rocky Flats Plant).

In Singapore, a joint venture is helping to replace an entire nation’s sanitary services infrastructure.[20] The new Singapore Deep Tunnel System will surpass the existing infrastructure in reliability, ease, and economy of operation, and will be critical in handling Singapore’s burgeoning waterfront renaissance.[21] CH2M HILL assisted in reconstruction efforts along the US Gulf Coast in the wake of Hurricane Katrina.[22] Its main assignments included providing temporary housing, debris removal, and other services.

Other large projects include a $660 million gas-fired power plant in Australia, in conjunction with General Electric,[23] and an $11.7 billion project to relocate American military bases in Korea.[24] In August 2007, the Panama Canal Authority selected CH2M HILL to manage the $5.25 billion Panama Canal expansion project, which will add new locks to the Pacific and Atlantic ends of the canal and allow Post Panamax ships passage through the canal for the first time.[25] In 2009, a CH2M HILL consortium was named program partner to oversee construction of the Crossrail[26] project to expand London’s transit system.

On August 30, 2006, as part of joint venture CLM, CH2M HILL was named Delivery Partner for the London 2012 Olympics.[27] The other two members of the venture are project management service provider Mace Group and Laing O’Rourke, the largest privately owned construction firm in the UK.

In February 2012, the Qatar 2022 Supreme Committee appointed CH2M HILL to ensure the successful delivery of the 2022 FIFA World Cup Qatar.[28]

In 2008, the U.S. Department of Energy (DOE) contracted a CH2M HILL company, CH2M HILL Plateau Remediation Company, LLC (CHPRC), to manage deconstruction and remediation of the Central Plateau on the Hanford Nuclear Site in eastern Washington, one of the world’s largest environmental cleanup projects. The project focuses on shrinking the environmental footprint of the Hanford Site from a 586-square-mile (1,520 km2) area (large enough to fit the city of Los Angeles) to 75 square miles (190 km2) or less. More importantly, the project will reduce legacy infrastructure costs on site by more than $25 million per year starting in 2015.

Boosted by American Recovery and Reinvestment Act (ARRA) funding, CHPRC sped up cleanup of the site over the past two years, reducing the site footprint 25 percent, employing an additional 1,350 people in the process. When ARRA funded work concludes in September 2012, the site footprint is targeted to shrink to a total of 290 square miles (750 km2), roughly half its previous size. Without ARRA funding, however, the scope of DOE contracted work at Hanford will be reduced. The company has announced that its workforce will reduce by up to 1,350 workers later this year through a combination of voluntary and involuntary separations.

The firm was named by Fortune magazine as one of the top 100 companies to work for in 2013, marking the company’s sixth time on the list.[30] In October 2009, the company’s Canadian division, CH2M HILL Canada Ltd., was named one of “Canada’s Top 100 Employers” by Mediacorp Canada Inc., and was featured in Maclean’s newsmagazine. Later that month, CH2M HILL Canada Ltd. was also named one of Greater Toronto’s Top Employers, which was announced by the Toronto Star newspaper.[31] The firm continues to be recognized on this annual list.

In 2009, CH2M HILL became the first company in the heavily male-dominated engineering and construction industry to receive the Catalyst Award in recognition of its efforts to develop and advance women in the company.[32] The firm also was named one of the World’s Most Ethical Companies by Ethisphere Institute for four consecutive years (2009, 2010, 2011, 2012).[33]

On March 7, 2013, the US Department of Justice announced that CH2M Hill’s Hanford Group, Inc., had ‘committed federal criminal violations, defrauding the public by engaging in years of widespread time card fraud’ in its contract with the Department of Energy to manage and clean radioactive waste at the Hanford Nuclear Site in Washington State.[35] The federal government alleged that two CH2M Hill Hanford employees charged the Department of Energy for hundreds of purchases from companies owned and run by the employees’ spouses. The case resulted in a $1.5 million settlement agreement by the company and fraud charges against the two employees, with one serving jail time.[36]