OfferPad, a startup that uses data to change the way that Americans buy and sell homes, said today that it had raised $30 million in equity and $230 million in debt from LL Funds in order to expand its home-buying model. Like Opendoor, which we profiled in the December 20 issue of FORBES magazine, just before it was catapulted into unicorn territory, OfferPad relies on technology to make offers to homeowners, who value the certainty of a sale and the ability to close within days over getting the highest price. The deal values the Gilbert, Ariz.-based company at $110 million.

Jerry Coleman, 43, a cofounder of Blackstone’s Invitation Homes, and Brian Bair, 40, a top-selling real estate broker, founded OfferPad in mid-2015 and serve as its co-CEOs. Invitation Homes, which recently filed paperwork to raise $1.5 billion in an initial public offering, is the country’s largest owner of single-family rental homes with about 50,000 houses across the United States.

“We believe this will become a more and more popular way to sell a home,” says Coleman, who left Invitation Homes in 2014. “We don’t necessarily have a number that is targeted, but we think over time this is a model that will see major increases.”

The residential real estate market, with $1.4 trillion in annual transaction volume, has been largely undisturbed for decades. That provides an enormous opportunity for companies like Opendoor, OfferPad and others – as well as for the institutional investors and venture capitalists who hope to profit off the ways technology is upending this giant market.

To date, OfferPad’s transactions number in the hundreds, with Coleman expecting to reach one thousand transactions “over the next month or so,” making it far smaller than Opendoor. Revenues to date – which come from an average 9% fee that includ es 6% that’s equivalent to the typical real estate brokerage commission and a risk-based fee that ranges from 1% to 7% – are in the neighborhood of $20 million.

Coleman and Bair originally self-funded the company, and expanded it quietly since its launch in Arizona. Today, it operates in six markets – Phoenix, Las Vegas, Salt Lake City, Tampa, Orlando and Los Angeles – with plans to be national, with at least 30 cities, by the end of 2020. With the new financing from Philadelphia-based LL Funds, which manages $1.4 billion, Coleman and Bair are looking at expansion to Atlanta, Charlotte and Nashville, as well as within California, in hopes of adding between four and six new markets in 2017. Opendoor, by contrast, hopes to be national, with 30 cities, in 2018.

Coleman argues that OfferPad’s advantage is the team’s deep roots in real estate – he and Bair have bought and sold around 100,000 single-family homes across the country – which allow them to tweak whatever number the company’s algorithm may throw off, as well as to expand to cities like Los Angeles and make offers on pre-war homes and other types of homes that are more difficult to value. The big risk for any business built on an algorithm is that the model, however complex it may be, will not always work and that when it doesn’t those mispricings will be costly. “We believe,” says Coleman, “that we have the most experienced team of single-family operators ever assembled.” 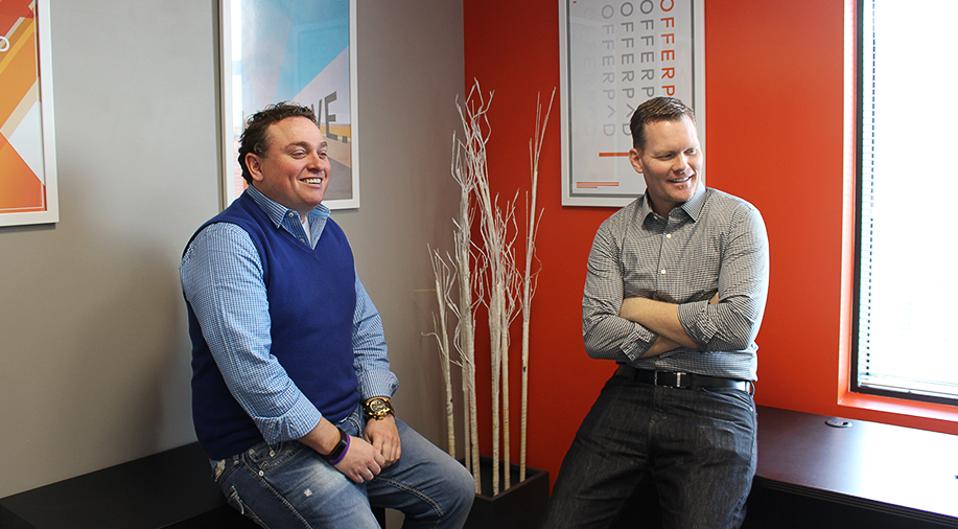