The new face at the top of this year’s Midas List of top venture investors owes his position to Facebook, the social platform whose 2012 IPO has propelled five investors into the top ten in the past two years. Only this time, it’s because Facebook wrote a check—for $19 billion.

Facebook’s announced acquisition of WhatsApp meant a $3 billion return for sole investor Jim Goetz of Sequoia Capital. But the meat of Goetz’s portfolio might actually be in the enterprise world, where he’s enjoyed four major public exits since 2012: Ruckus Wireless RKUS +2.31%, Palo Alto Networks PANW -0.54%, Barracuda Networks and Nimble Storage. Sequoia’s the only firm with two partners in the top ten, as Doug Leone clocks in at #6 due to the hot IPO of security company FireEye in September.

The rest of the top ten is dominated by Facebook and Twitter investors. Three-time reigning Midas List #1 Jim Breyer drops this year as he transitions to a smaller role at Accel Partners, but he still slots in at #5 with his early bet on Mark Zuckerberg’s social network. And it’s good to be Marc Andreessen, as the Andreessen Horowitz investor stays at #2 after backing both Facebook and microblogging platform Twitter, arguably the splashiest IPO of the last year. Peter Fenton of Benchmark Capital moves up three slots to #3 on this year’s list due to his early Twitter bet.

New faces to the top ten for 2014 include seed investor Steve Anderson of Baseline Ventures and Paul Madera of Meritech Capital Partners (#22 and #11 last year) on the strength of Twitter and Facebook, respectively. LinkedIn cofounder Reid Hoffman stays in the top 10 at #7 thanks to Facebook. And LinkedIn helped keep Peter Thiel of Founders Fund (#4), also an early Facebook investor, and Scott Sandell (#10) in this year’s top 10.

Even though Twitter’s the fresher exit, Facebook’s market cap of over $160 billion is a full order of magnitude higher than many Midas exits. And venture capitalists don’t need to back a massive company in order to deliver excellent returns to their limited partners (think university endowments and other large institutions). Besides FireEye and Nimble Storage, other major movers include the 2012 IPO of Workday, last year’s IPOs of Tableau Software and ecommerce site Zulily, and this year’s offering for Castlight Health. Perhaps the biggest trend of 2014, however, is the rise of valuations of private tech companies that can impact the rankings. Some of the more notable: Airbnb and Dropbox, as well as IPO-bound file-sharer Box Inc. The $10 billion-valued Dropbox helped five of this year’s Midas Listers, including debut entrants Bryan Schreier of Sequoia and David Lee of SV Angel at #72 and #82. And the company helped Daniel Rimer of Index Ventures and Matt Cohler of Benchmark just hang on, dropping down to #85 and #99.

Three members of the top ten—Andreessen, Thiel and Hoffman—are all Airbnb backers. But Airbnb also gave a big boost to Sequoia’s Alfred Lin, who moved up from #90 to #26, while bolstering the credentials of no less than five other list members.  And that’s before the company closes a new round at a $10 billion valuation of its own that will make its founders billionaires, a round that just misses counting for this year’s list. (Also just missing: King Digital Entertainment’s public offering and Facebook’s recently announced acquisition of Oculus VR. Wait until 2015!)

Box, meanwhile, just filed its S-1 on March 24 but already counts for Midas as another major private company adding value for this year’s list. That was good news for Bessemer Venture Partners’ Jeremy Levine and Byron Deeter at #19 and #36 and five others including newcomer Hamid, who guided his past firm U.S. Venture Partners to a 13% stake in the company. Box’s largest venture stakeholder, Draper Fisher Jurvetson, had two partners benefit, Randy Glein at #42 and Josh Stein at #97. 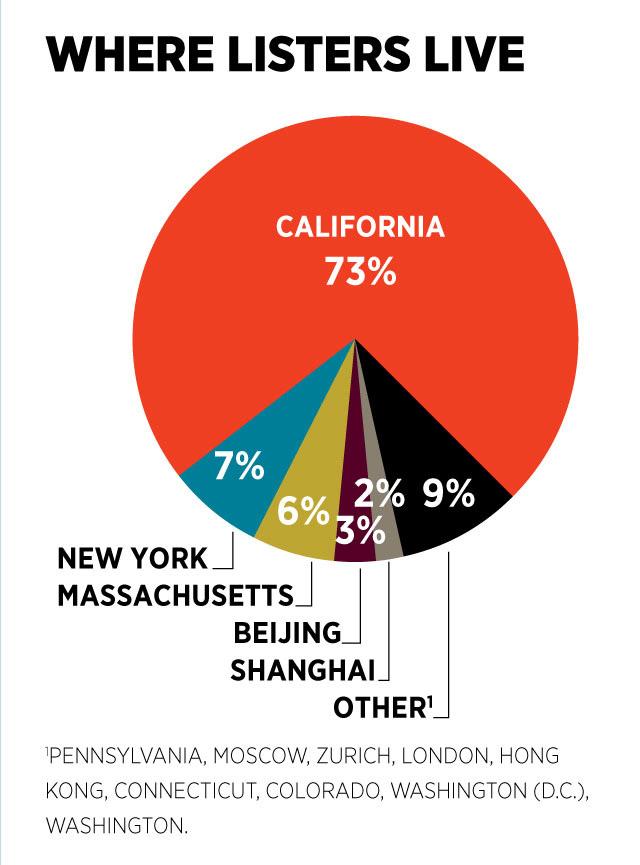 Both Box and Dropbox should continue to exert major influence on the Midas List in years to come as they eventually go public. Others to watch include business intelligence company Domo, audio hardware company Jawbone, energy software company Opower and database company MongoDB.

WhatsApp was the largest acquisition on the list—it’s actually the largest venture-backed private exit ever—but it’s not the only one that made a splash. This year’s top woman on the list is Mary Meeker at #21, the growth-stage specialist from Kleiner Perkins Caufield & Byers and famed former analyst making a smart bet on Waze, which Google acquired for about $1 billion. Even bigger was Google’s purchase of Nest Labs this year for $3.2 billion. That produced two Midas newcomers, Peter Nieh of Lightspeed Venture Partners at #83 and the list’s final member, Randy Komisar of Kleiner Perkins. 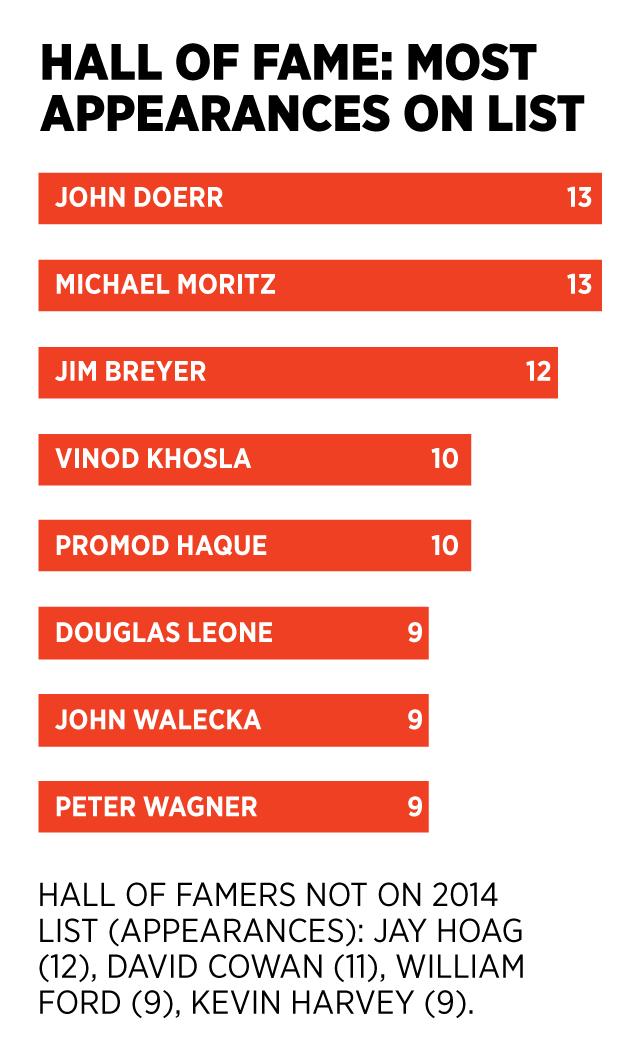 With new billion-dollar “unicorns” earning lofty valuations by the day and the public offerings continuing to flow, this Midas List saw more turnover than any list before. The firms at the top largely remain the same, as Sequoia’s nine partners this year just edges last year’s leader Accel’s eight this year. But with 20 fresh faces and seven returnees, the 2014 Midas List is a testament to the big dollars and even bigger bets investors are making today in tech. Time will tell whether the frothy market can keep rolling into 2015.