The 10 Bay Area cities with the fastest housing appreciation over the past five years, according to data from real estate company Trulia, are located across the region and aren’t traditionally thought of as the most desirable communities.

Yet they’ve all have seen their housing prices grow by more than 15 percent over the time period.

While the communities may not be marquee-level names, they are often some of the most affordable communities in the region. Cities like Richmond, Pittsburg and Antioch have seen some of the highest increases regionally yet still have median home prices under $500,000.

Most are in Eastern Contra Costa County and Southern Alameda County and have a few key characteristics in common, including a working-class pedigree and a higher proportion of the population that are minorities.

Trulia Chief Economist Ralph McLaughlin said the recent housing appreciation in these communities makes sense especially when considering some of these areas are still shaking off the aftershocks of the Great Recession.

A vast majority of the cities with the greatest housing appreciation are in the East Bay, but two of the markets that have led the charge are working-class enclaves adjacent to wealthy communities on the Peninsula.

Both have seen home value appreciation in excess of 18 percent over the past five years, but have demographics and histories that more closely mirror other high-appreciation cities rather than their neighboring communities.

“Those two cities, with the exception of geography, look a lot more like those East Bay cities (on the list) rather than their surrounding cities in San Mateo County,” McLaughlin said.

Hoping to capitalize on the employment growth on the Peninsula driven by the tech industry, East Bay cities across the Bay like Newark are rushing to approve some of the biggest new housing housing developments in their history.

So who are the homebuyers driving up prices? McLaughlin said for the most part they come from two groups: Those looking to reenter the housing market after foreclosure during the Great Recession and first-time homebuyers.

“These are the bastions of affordability in the Bay Area, and when push comes to shove, buyers are going to go to the markets that they can afford to buy,” McLaughlin said.

Contra Costa County Supervisor John Gioia, who represents Richmond and San Pablo, said that he’s seen a domino effect as housing prices have pushed families out of major population centers and further into the East Bay.

“The story we’re hearing on the ground confirms the data,” Gioia said. “People are being priced out of West Contra Costa because of rising rents and home prices.”

These shifts have started to change the demographics of the area. Richmond, where Gioia is a resident, has seen a decrease in its black population and an influx of Latinos buying their first home. Gioia added that his district is also seeing newcomers to the Bay Area looking for an affordable place to buy property.

McLaughlin said that he expects housing prices to continue appreciating in these cities, corresponding to greater wealth for longtime homeowners, but also increased competition for an increasingly scarce inventory.

“I couldn’t afford to buy the house I live in today. Our property values are going up and this is affecting who we are as a region and is driving increased poverty and homelessness. We’re seeing families impacted and we’re seeing real stories about this,” Gioia said. “This is exactly why we need to solve the housing crisis as a region. The Bay Area needs to take on this issue as its No. 1 priority.” 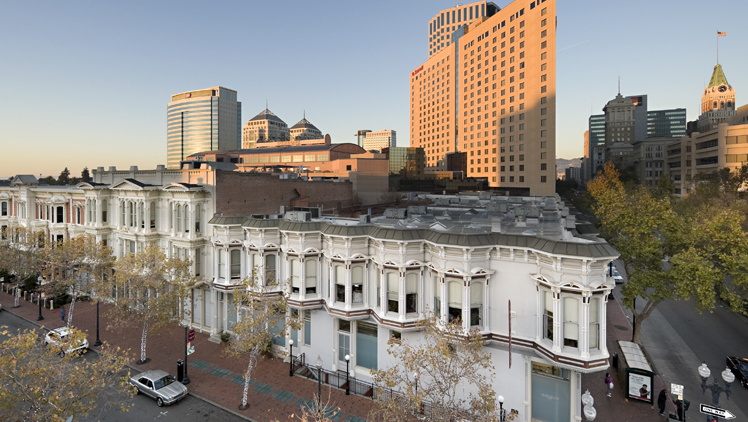