In the works since 2013, as we first reported at the time, the plans for a modern eight-story building to rise up to 85 feet in height upon the Arroyo Carlos & Sons auto shop parcel at 980 Folsom Street could be approved by San Francisco’s Planning Commission next week.

As designed Goldman Architects, the proposed development would stretch from Folsom to Clementina, with 33 condos over 951 square feet of ground floor retail space and a garage for 14 cars and 34 bikes.

And while the development will cast some new shadow upon the Gene Friend Recreation Center grounds, the projected 8,765 annual square-foot-hours of shadow, an increase of 0.005%, is recommended to be deemed as non-adverse to the use and enjoyment of the public park by the City’s Recreation and Park Commission. 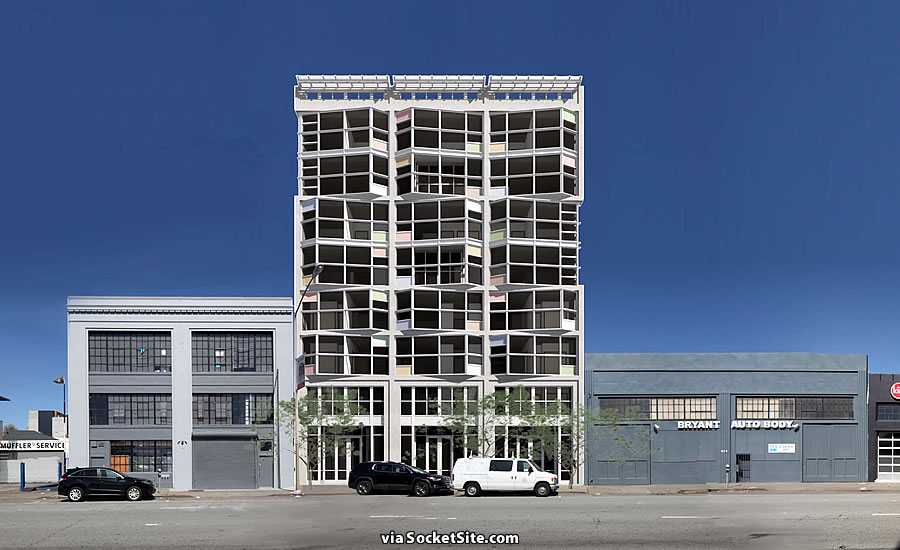