The proposed 10-story, 330-unit development at 16th and Mission streets—which if built would loom over the nearby BART plaza—will go before the Planning Commission in November.

As the San Francisco Chronicle writes, Maximus, the developer behind the contentious construction dubbed 1979 Mission but that opponents nicknamed the “Monster on the Mission,” started on a new charm offensive last week trying to win over more neighborhood support in a closed meeting with business owners.

Protesters surrounded the building and four local cops guarded the door, according to the Chronicle. Meanwhile, Maximus is floating new offers to make the building more attractive to skeptics:

The developer is now looking at slicing off a piece of the property and giving it to the city for 100 percent affordable housing. In addition, Maximus is hoping to convert some critics at nearby Marshall School by dedicating some units to public schoolteachers. The developer has also agreed to renovate the school’s playground.

But convincing the most vocal of local plaza development opponents—a group called the Plaza 16 Coalition—will be something of a heavy lift.

Plaza 16 wants Maximus to give up the land entirely. Which is not exactly compatible with the developer’s present plans for the site. Or with any plans it could ever propose.

Among the group’s stated demands:

There does not appear to be a lot of room there for middle ground.

Plaza 16 says it’s a collaboration of some 100 other local groups, ranging from the Harvey Milk LGBT Democratic Club to the Clarion Alley Mural Project.

Back in April, Beyond Chron editor Randy show observed that, counterintuitive as it may sound, all of the new affordable housing development in the Mission makes development skeptics that much less likely to back more new construction like this:

The Mission’s large affordable housing pipeline means that opponents of the Monster feel less compelled to back the project in exchange for greater affordability. Plaza 16’s position of “100% affordable housing on the site or no project” seems less a bargaining stance than a line in the sand.

The developer’s site for the project—which has notably not been updated since 2015, reflecting the lower profile it’s kept in recent years—points out that “1979 Mission Street will not displace residential homes because no housing exists on the site today.”

It also tries to frame the scale and location of the building as a positive, saying it will be “a visual and recognizable community focal point at a major […] intersection.” 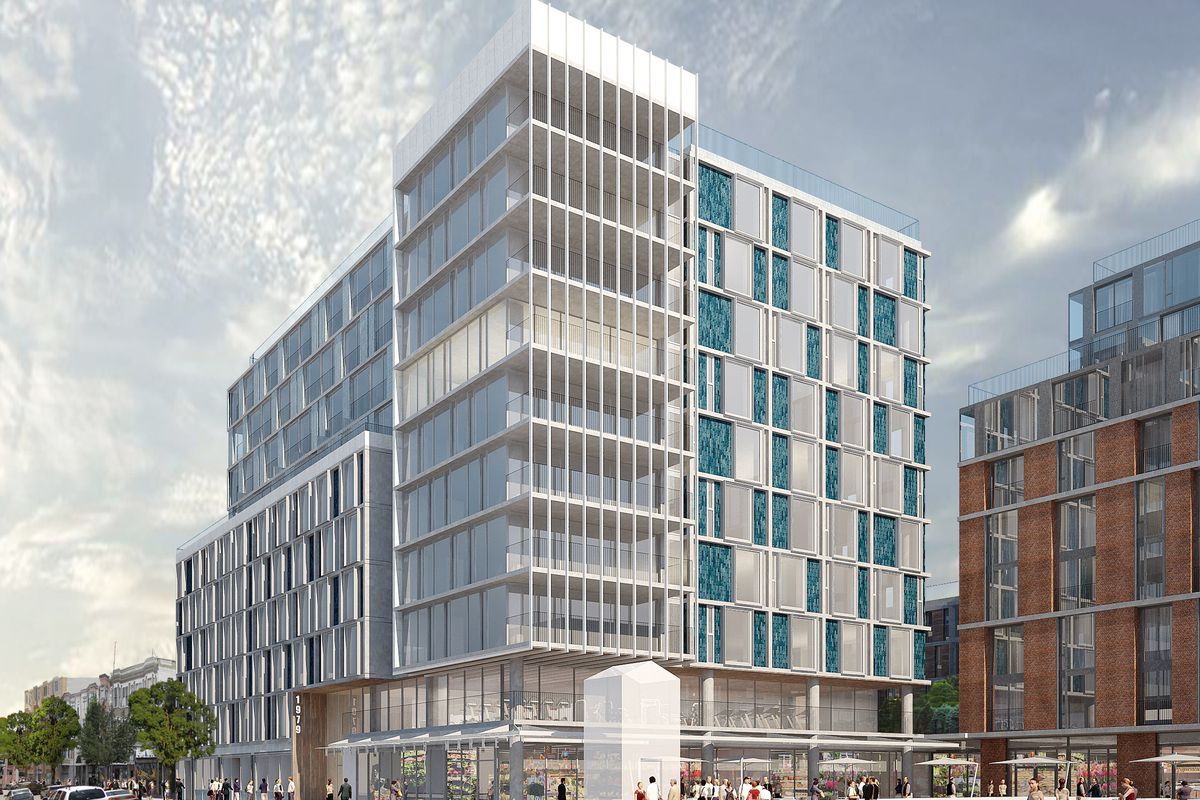